Managed finally to locate the cigarette lighter in the rental car, it was very well hidden behind another panel that you slide over, so was able to briefly fire up the FT-7900 for a bit of APRS before I headed to the airport to fly out.
Lots of Object packet activity around Wellington but not a lot of ‘mobile’ traffic . 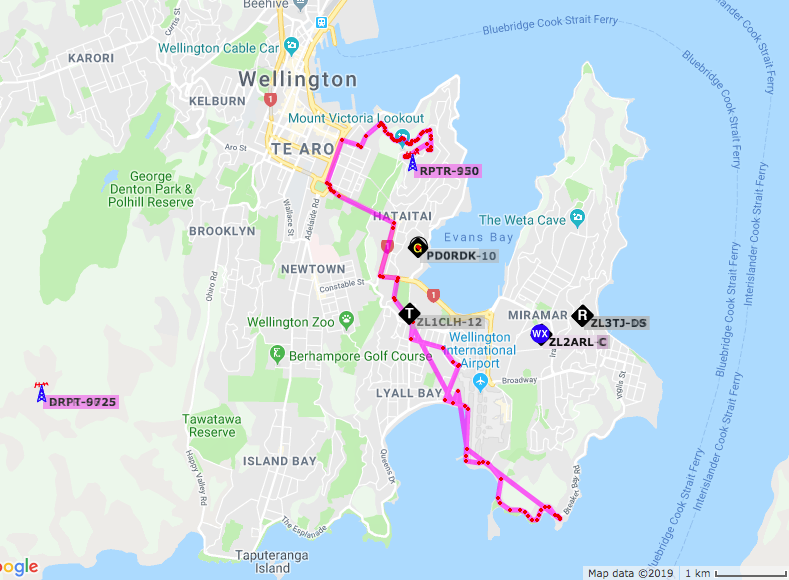 This is what I managed to get driving around Wellington – and that was selected for the last 8 hours on aprs.fi – so not much traffic, and I would have caught the morning commute in the time frame when I selected this screen shot.

I did however, see some traffic further up the coast, but they were iGating and not using RF at all – so much infrastructure down here in Wellington, as I was hearing my packets digipeated even in areas behind hills, but very little radio activity 🙁 – many ZL1’s thought it was because they were ZL1’s – but it appears even APRS traffic is kept hidden from people.

Anyway, had a wonderful time down here, and it won’t be too long before I come back down – so will get some awesome tracks on the next trip.